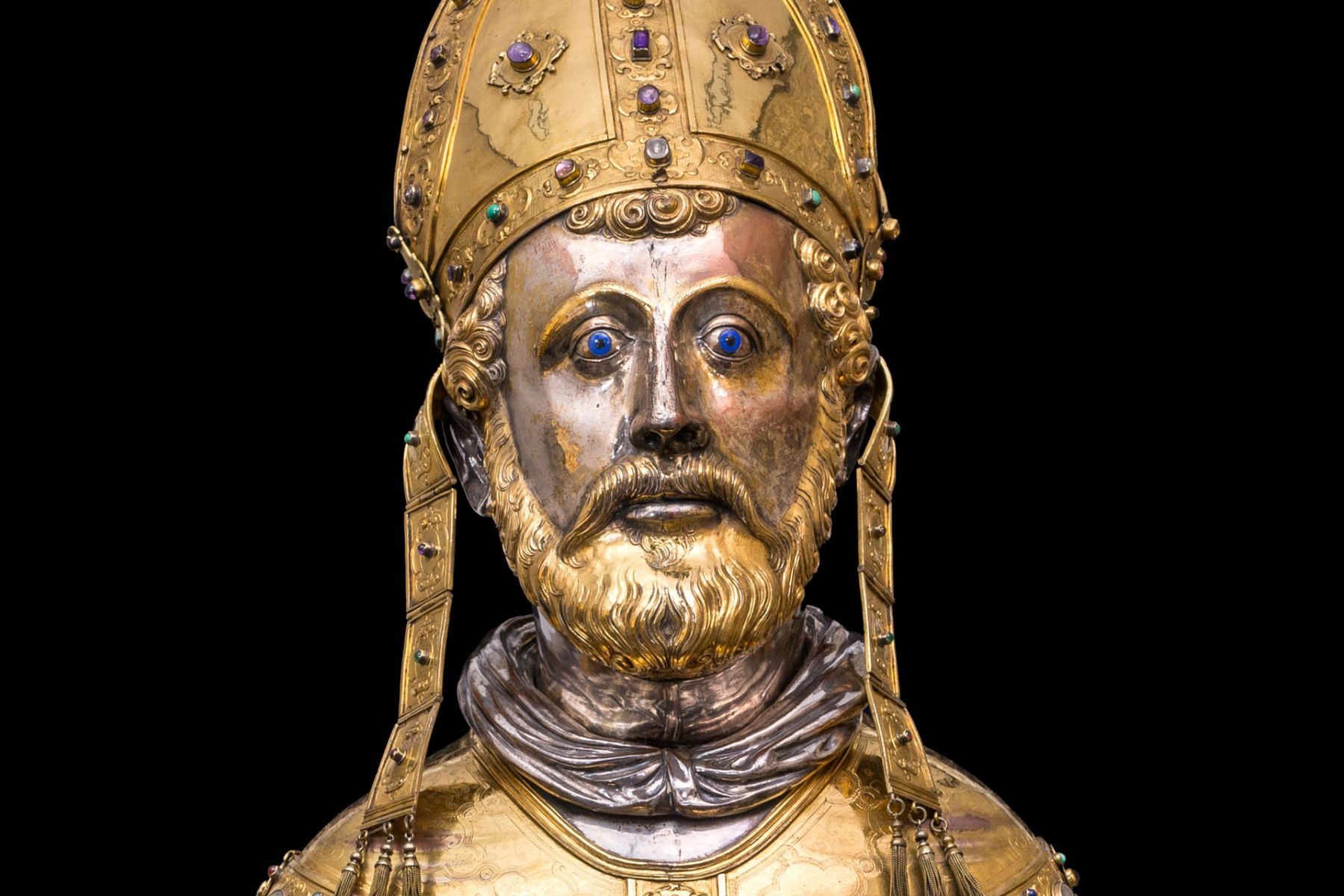 Starting as early as the sixth century, several memorial churches were built above his tomb, culminating in the basilica as we know it today. In time, Servatius’ remains were elevated and placed in impressive reliquaries.

The Bust of Servatius

The Bust of Saint Servatius is a gilded reliquary, containing parts of the saint’s skull.

This bust was made in the 16th century and consists of gilded and silver-plated copper, set with precious stones. The famous Duke of Parma, the Spanish general Alexander Farnese, ordered it after  an earlier bust, dating from the Middle Ages, was largely destroyed by his own troops during the looting of Maastricht in 1579.

The pedestal dates from the early 20th century and shows, among other things, 8 reliefs depicting the legends of Servatius. The original mediaeval reliefs are part of the collection of Hamburg’s Museum für Kunst und Gewerbe.

The Shrine of Servatius

The Shrine of Saint Servatius is a highlight of Mosan metalwork and was made around 1170 - 1195. The shrine’s gilded copper oak core is decorated with enamel and semi-precious stones. This exceptional reliquary contains the remains of the holy bishops Servatius, Monulphus, Gondulphus and Martinus of Tongeren. 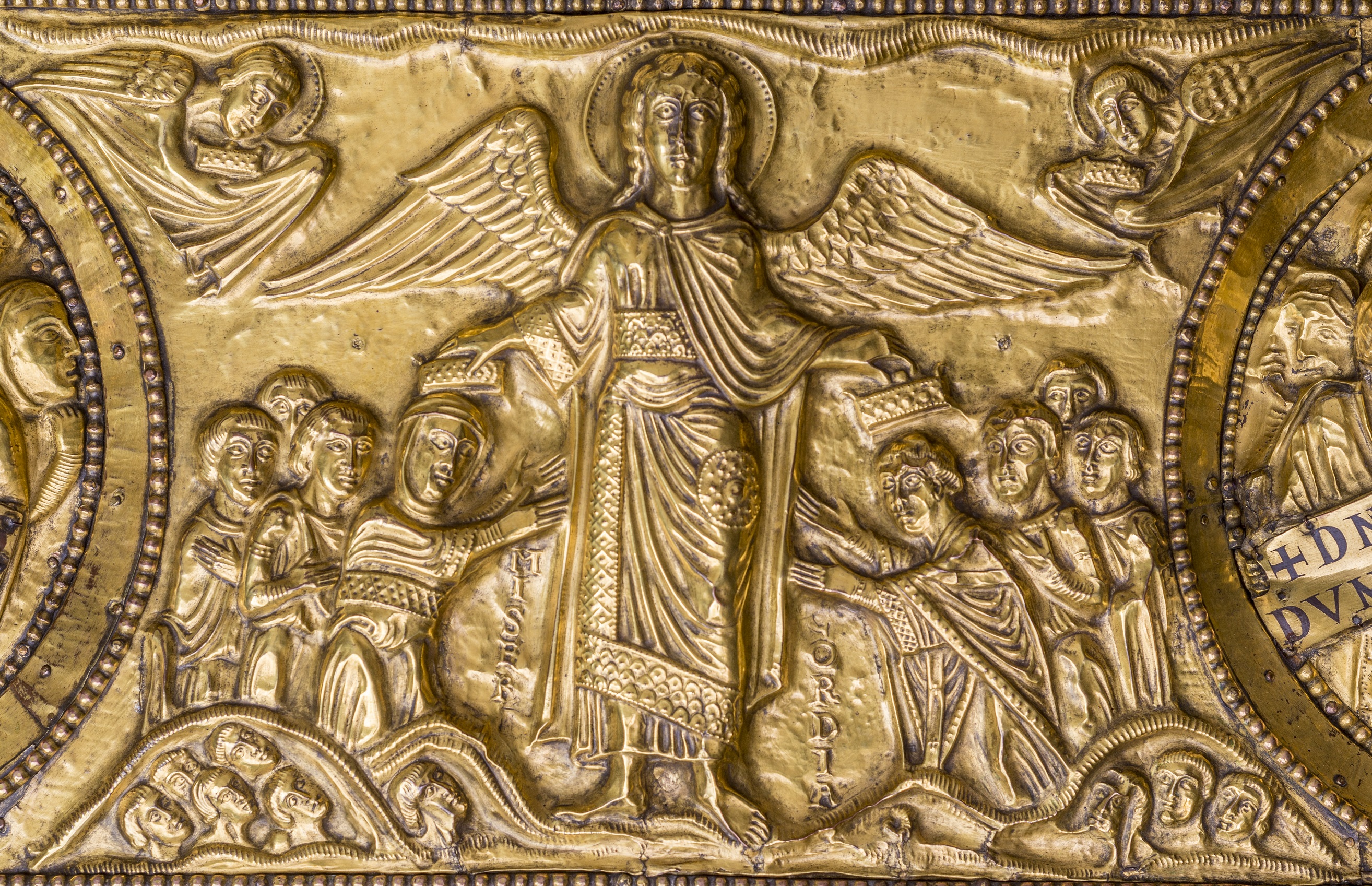 The popular name ‘Noodkist’ originates from the practice of carrying the shrine in procession through the city in time of need. The last time this occurred was in 1991 at the start of the Gulf War.
The numerous reliefs on the shrine depict the Last Judgment: the roof gables show the dead being raised from their graves by the trumpet blast of angels. Other angels can be seen weighing the souls. Christ, flanked by the twelve apostles, pronounces the final judgement before the chosen ones will be separated from the damned.

The twelfth century was a time of great social and political unrest. The struggle between the Pope and the Emperor over supreme authority on earth led to the belief that the end times were near. This feeling is expressed in this ensemble by the chapter of St. Servatius. However, the shrine was also a symbol of hope that the intercession of Saint Servatius would create order in these chaotic times. 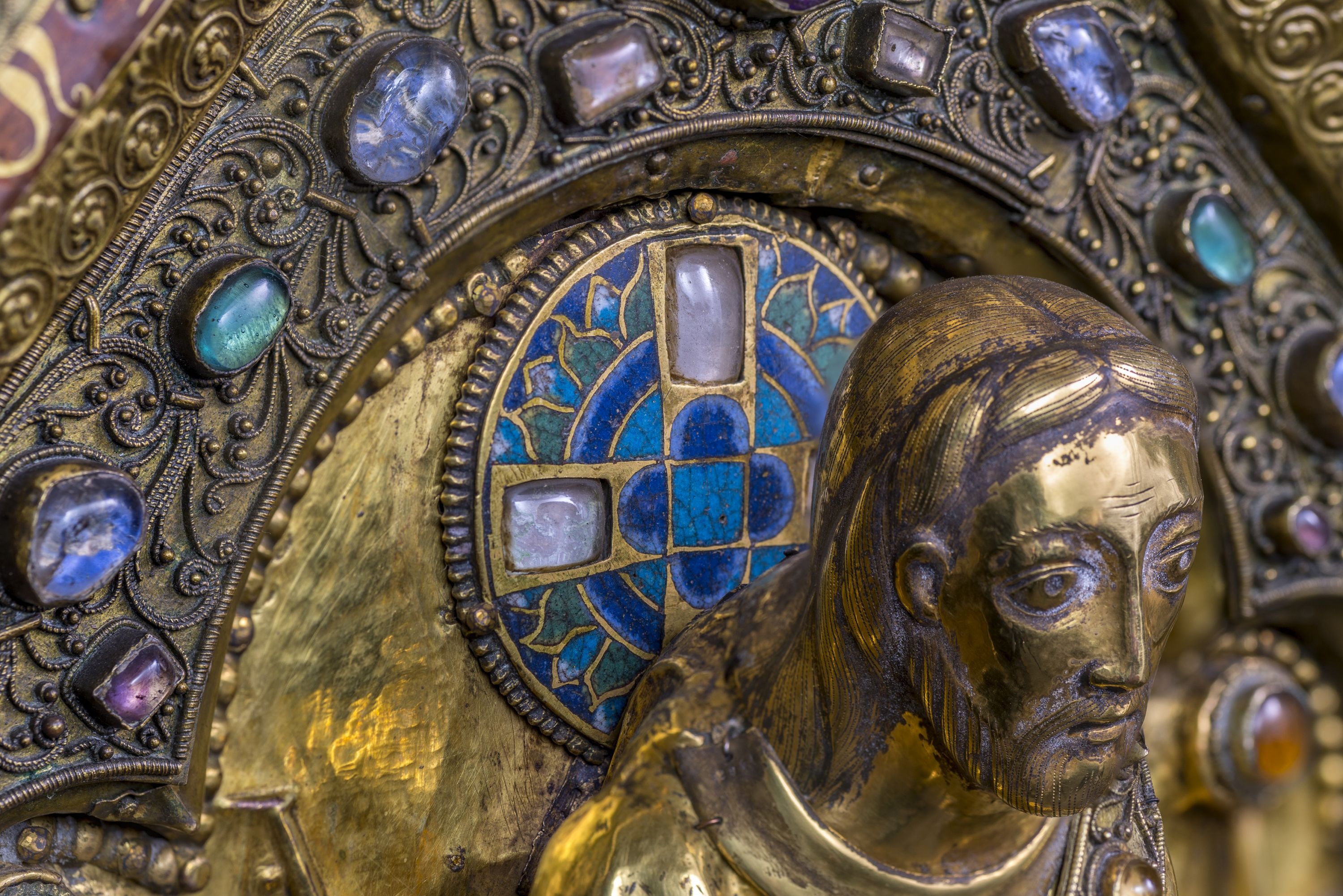 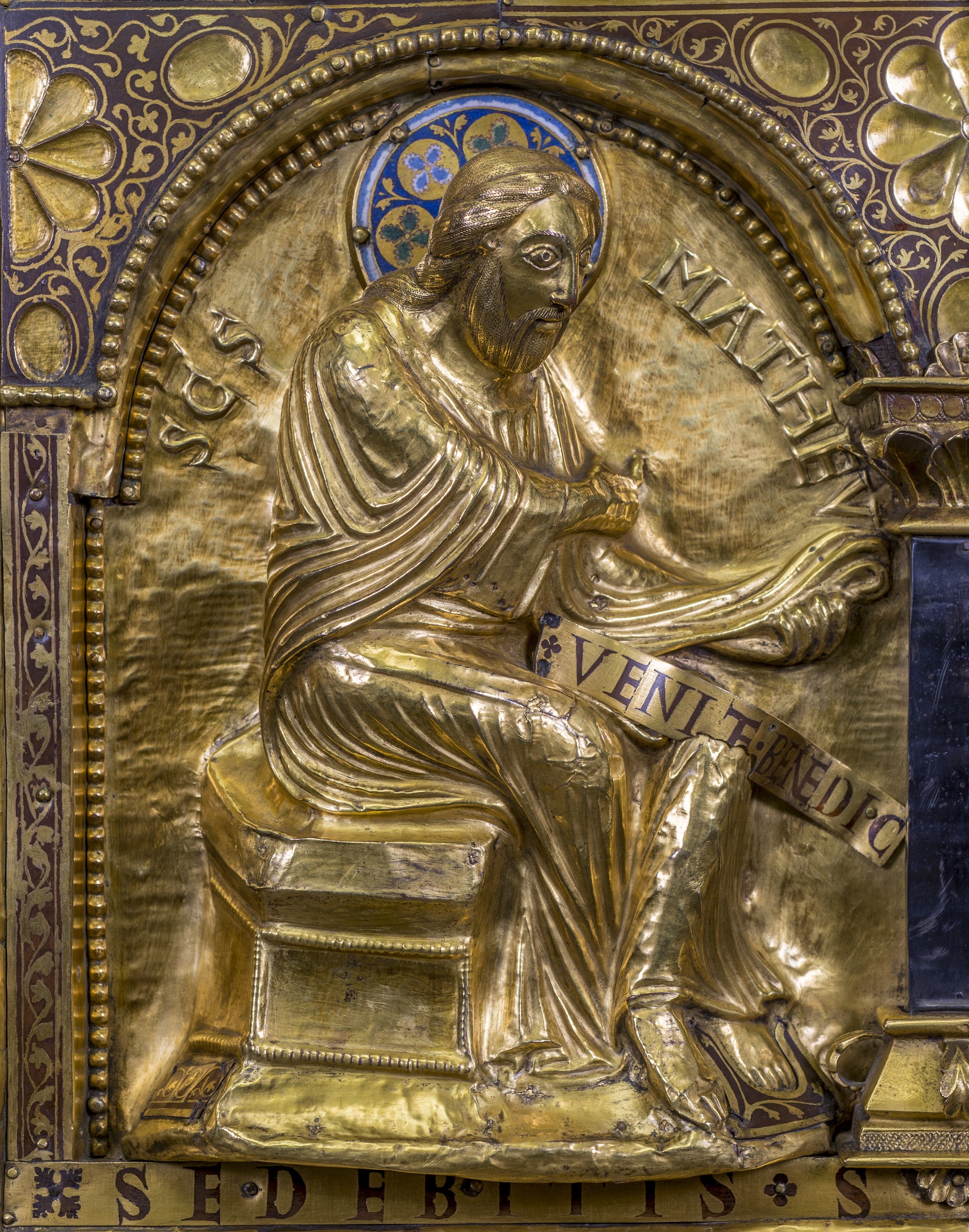